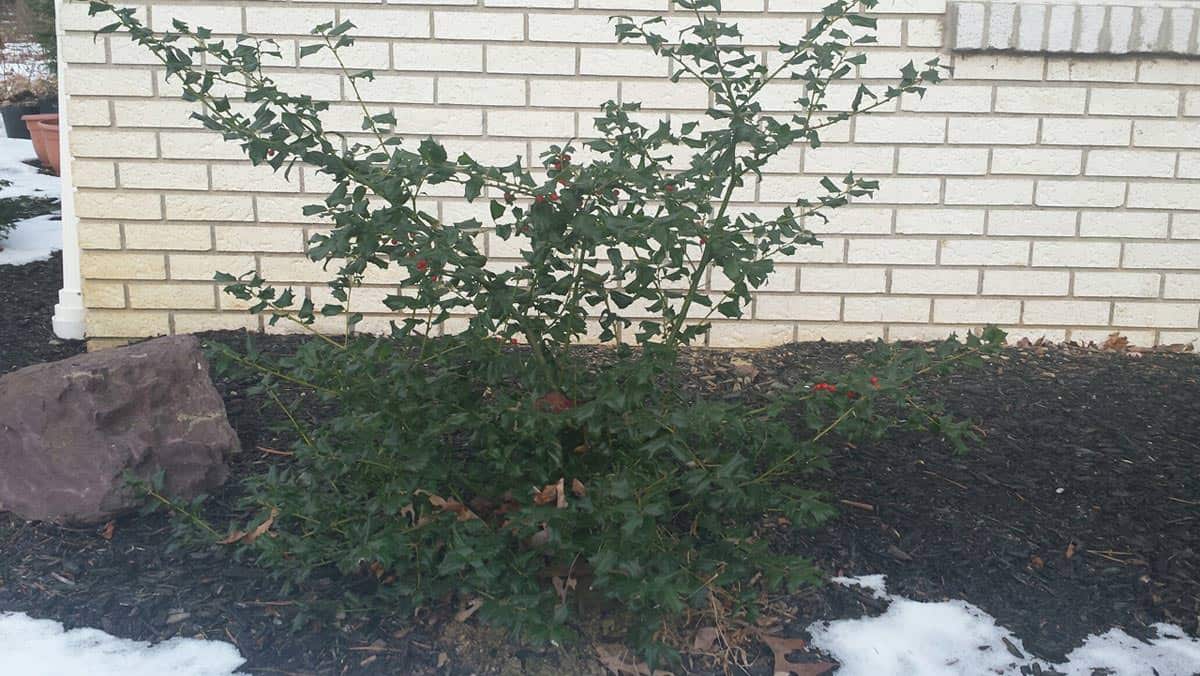 During the holiday season, holly beautifies households around the world. With its bright red berries and deep green leaves, this plant has been used as a symbol of Christmas for many years.

There are between 400 to 600 different species of holly with sizes that range from small shrubs to large trees.  Most hollies are evergreen with few varieties being deciduous.  They produce inconspicuous white flowers and are generally dioecious, meaning the species has both male and female plants.  Female plants must be pollinated by the male plant in order to produce berries.   The color of the berries depends on the species and range from red to black.  The leaves of the holly have an alternate leaf pattern and the color tends to be glossy green.  Depending on the species, some leaves are spiny looking and some are smooth.

Most hollies like full sun or part shade but some varieties will still do well in full shade.  They are rarely damaged by deer however there are a few lesser known varieties that will get damaged.

With all the many varieties available for ornamental planting the most common are listed below:

Ilex aquifolium or English Holly – This variety is most commonly associated with Christmas (for more information about holly and its symbolism to the holiday season, click here) . They have glossy, spiny foliage with variegated options.  Popular varieties include ‘Angustifolia’ and ‘Gold Coast.’

Ilex opaca or American Holly – This variety is very similar to the English Holly with the leaves being less glossy. It tends to be upright and pyramidal in shape. Some varieties make for a great barrier plants because of its large height and spread. Common varieties include ‘Carnival’ and ‘Greenleaf.’

Ilex crenata or Japanese Holly: This variety has small oval shaped leafs that are spineless (similar to a boxwood).  Has more compact with branch growth thus is slower growing than other holly.  Include the distinctive ‘Sky Pencil’ as well as dwarf spineless varieties such as ‘Yaupon’ and ‘Helleri.’

Hybrid Holly: Includes countless options, one of the most popular being the Meserve hybrids which cross English and Chinese hollies with the more cold-hardy ‘Prostrate’ variety. Popular Meserve hybrids include the blue hollies and ‘China Girl.’

Deciduous Holly:  These varieties lose their leaves to display branches laden with berries in winter, giving rise to the common name of Winterberry as well as Possumhaw.   Popular varieties include ‘Red Sprite’ and ‘Jim Dandy.’

A Hybrid holly is pictured above and below 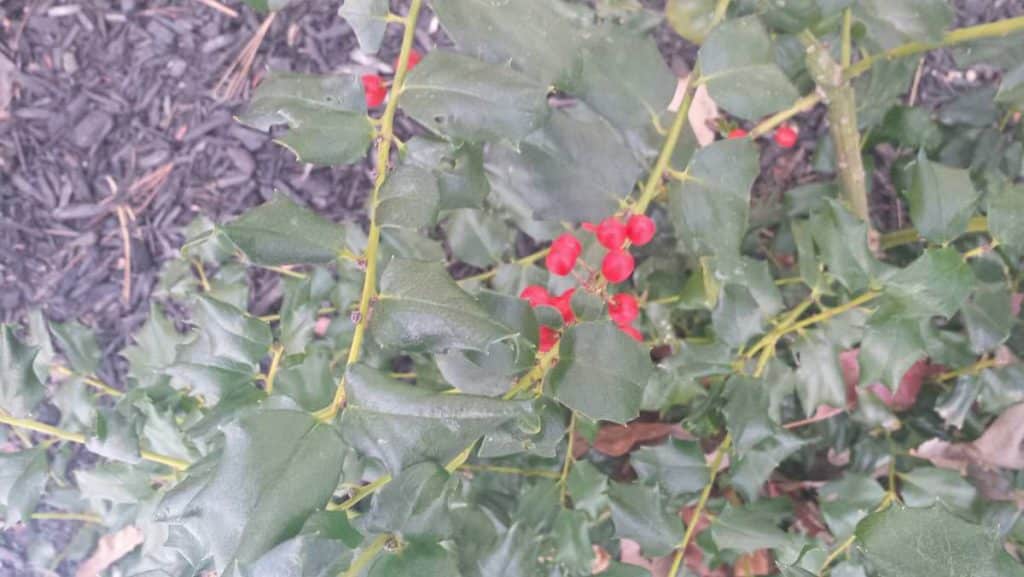